NEWS ALERT A Message from Our Bishop 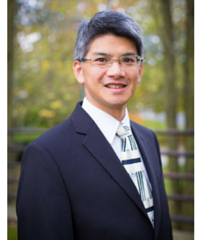 He has given master classes in respected Universities such as Wilfrid Laurier, McGill and Indiana. He has served as conductor of the Royal Conservatory Chamber Orchestra in Toronto, Indiana University Summer String Festival Orchestra, Maine Symphony Orchestra, Richmond Orchestra.

Jonathan holds a a Masters Degree in Violin Performance from Indiana University, where he studied under Prof. Mauricio Fuks.